Whether you’re a surfing freak, you tried it once, or you’ve never even been to the beach, surfing movies reveal the fraught power of the ocean and those athletes who challenge it. An epic sport with a fascinating history, surfing has a cult-like film industry for those who want to witness the biggest waves and bravest who go out their to chase them.

Endless Summer is the quintessential surfing movie. Release worldwide in 1966), filmmaker/narrator Bruce Brown follows two surfers, Mike Hynson and Robert August, on a surfing trip around the world. His aesthetic style and inspiring story set the standard for the “catch a wave” aesthetic of the decade. In Endless Summer, summer never ends.

What’s your breaking point? If you’re a cameraman working on a high-budget surfing thriller, hopefully it’s pretty high. The waves of the film were 60 to 70 feet high. In order to get the best shot, there was more than one helicopter involved. Flying helicopters is dangerous enough in a controlled situation, flying as low to the ocean level as they did was risky.

North of the Sun

Norway is not everyone’s first thought when thinking of surfing destinations. Jorn Nyseth Ranum, 25, and Inge Wegge, 28, thought differently. They dreamed of living as self-sufficient hermits on a remote Norwegian beach. In frigid temperatures, join Jorn and Inge in their surfing and snowboarding adventures. It’s also all about survival, as they use only materials washed up on the beach and scavenge for food.

Hawaiian: The Legend of Eddie Aikau

Eddie Aikau is a surfing legend. Eddie Aikau proved himself to be a real hero. And not just as a surfer. With over 10 years in the lifeguard tower at Waimea Bay, her saved over 500 lives. He died paddling against all odds in an attempt to save his Polynesian voyaging canoe Hokulea crewmates. With its rich combination of archival imagery, dramatic reenactments, interviews and meticulous research, this one makes the top of many sport show lists.

View From a Blue Moon

Now these are some beautiful waves. With the world’s most dynamic surfer John Florence and Blake Vincent Kueny, this is the first surf film shot entirely in 4K.  Follow him as he journeys around the globe catching the biggest, prettiest waves. Redefine what is possible in the ocean and how it is represented by the camera.

Castles in the Sky

Filmed over the course of three years, Castles in the Sky explores the five different locations and the surfers who travel there.  With never-before seen waves and some of the best surfers in the world, experience passion and athleticism or pioneering new coastlines.

The Internet of Things is changing how we see photography.

What is the role of photography in the digital age?

In 2013, according to Internet.org’s whitepaper, people uploaded 350 million images to Facebook each day. That’s a lot of images. Now imagine all of the images uploaded in Instagram every hour. Think about the tourists in New York photographing the Statue of Liberty. Think about tourists in India photographing the Taj Mahal, or in Brazil with Christ the Redeemer. In fact, think of all the iconic places around the world getting photographed and shared every second. There are so many images, and now think about all of the images of the past; the forgotten family snapshots, sometimes found as relics at thrift shops in piles. There are billions of photographs in the world, and now there will be exponentially more thanks to technology.

Technology is a tool that allows to experiment. Within the field, photographers take risks you couldn’t afford with film. It was too expensive and precise.

Our lives continue to become ever more connected. In that process, cameras will find their place in the “Internet of Things,” the coherent ecosystem of electronics that we use to help define our new technological existence. As more and more people use images to communicate on an everyday level, who knows how our world will change?

One of the inherit challenges about these changes is that photographer in the digital age makes everyone a professional. With a high-end camera and the right subject, great pictures are waiting to happen everywhere you go. You no longer need a teacher to guide you through the process of film processing and the terms of aperture, exposure, saturation, and so on.  Digital photography also makes photography accessible and affordable to everyone. Even ordinary iPhones have high-tech cameras and built-in editing software. Now anyone can shoot quality images, edit them and share them.

However, great photography still requires the same hard work as it was in the past. It requires dedication, patience, creativity. In our new world of virtual reality and augmented reality, the best photographic artists must be willing to react to audiences who demand sophisticated imagery that is dynamic and responsive to change.

And maybe the next revolution in photography isn’t all about technology. Maybe it’s about what we see right in front of our eyes and how we show it. One of the best works this year was from Nico Young, whose collection of images about his friends, fraternal twins, was featured in the New York Times magazine. You can see “Inside Santa Monica High” online, see  “Fraternal Twins.”

Whether you’re a more traditional photographer or one who enjoys the latest gear and gadgets, good photography is still the same. It’s documenting the present by producing an artistic interpretation of it. So part of you has to be a dedicated artist to be a professional.

Why Photography Inspires Me 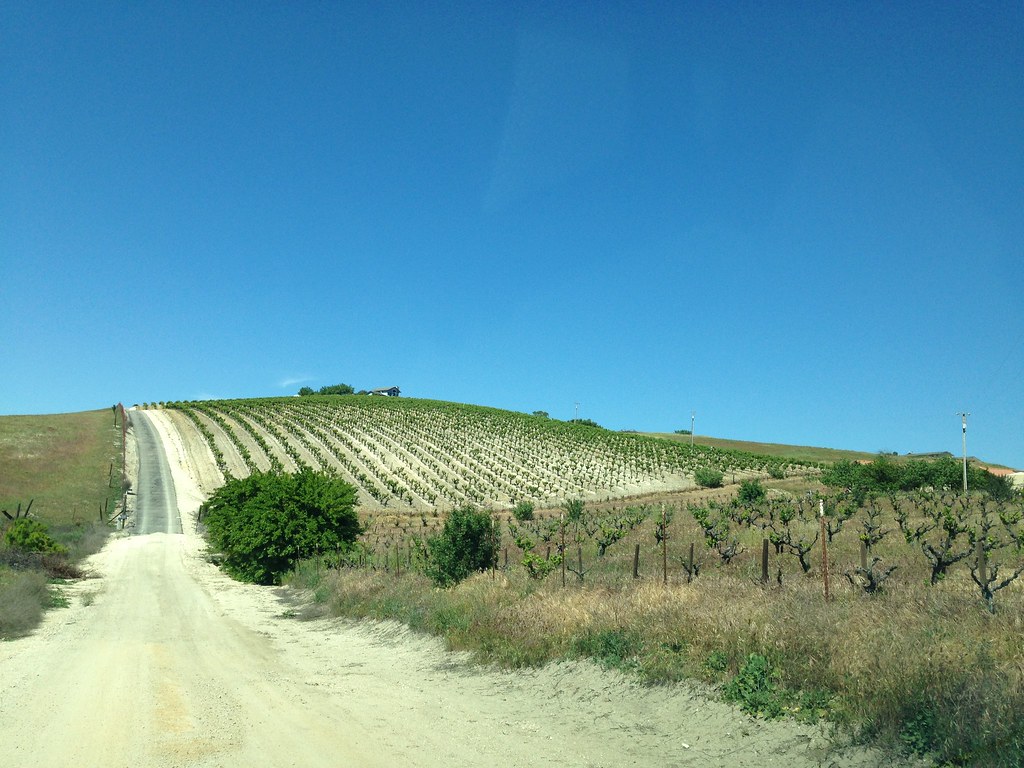 The world is constantly in motion. In cities, people rush from point A to point B – commuters on the bus, students running around at recess, police cars whizzing to the next scene. In the countryside, insects swarm over crops and winds sweep over the vast landscape. Photography inspires me because it allows the viewer to capture one single moment in time. This image will never be the same outside of the frame; it’s immediately a historical artifact as well as a reflection into your personal memory.

My favorite photography subjects are from nature. The sun rising and falling leaves a magical luster over the landscape and it’s impossible to ignore the beauty.

Here are some of my favorite moments that I’ve caught through my lens in recent months. 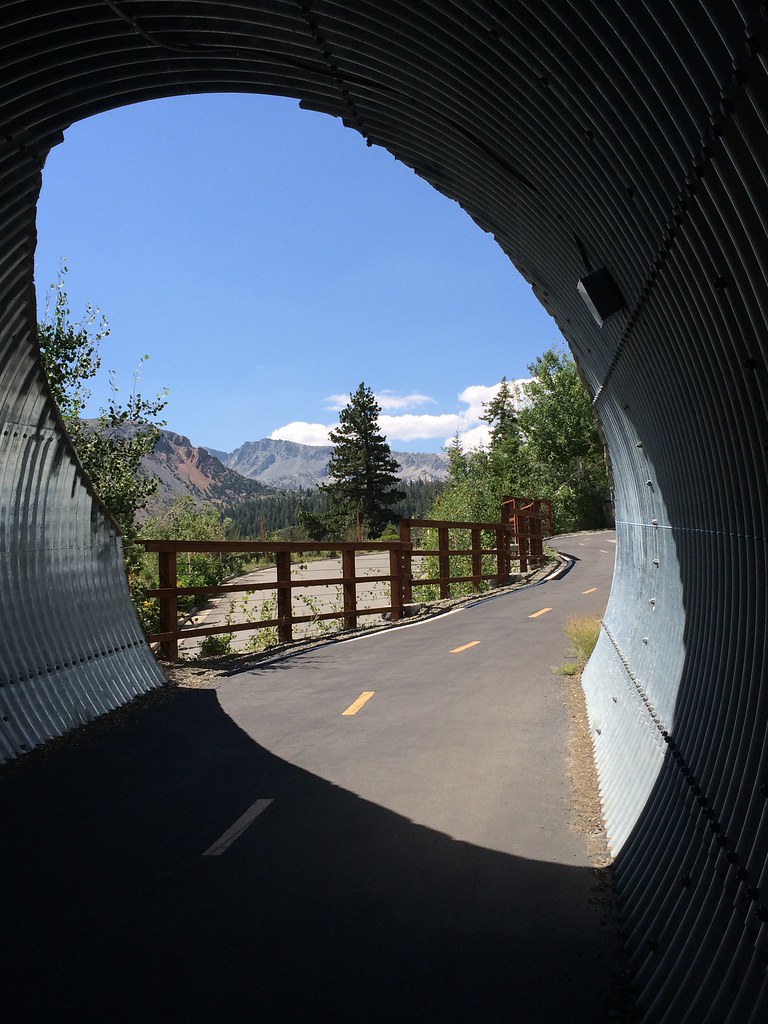 While driving through Mammoth Park in California, I couldn’t resist photographing this amazing natural frame created by the arc of the underpass. The beautiful bright sunlight is countered by the darkness of the tunnel. This was an incredible day with so much to see. 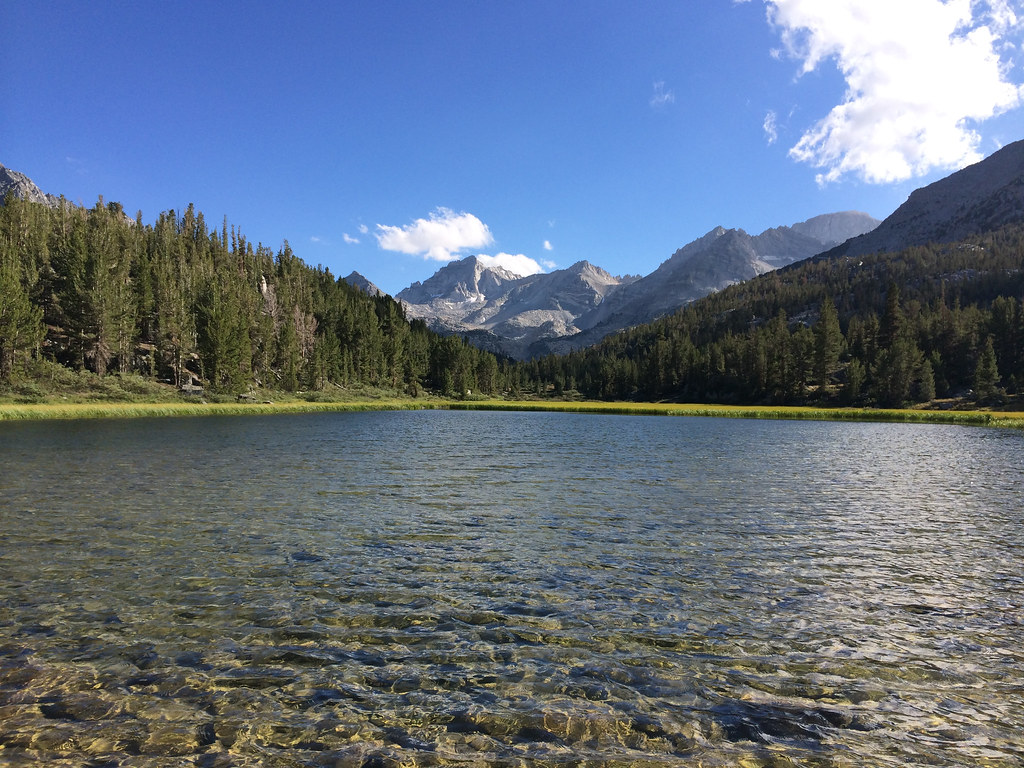 Have you ever seen water so clear and grass so green? I hope my children and grandchildren are able to enjoy the splendors of nature as I have been lucky to growing up in green California. If we don’t take care of our planet our climate will definitely be in danger and these beautiful vistas will be nothing but archived photos – history. 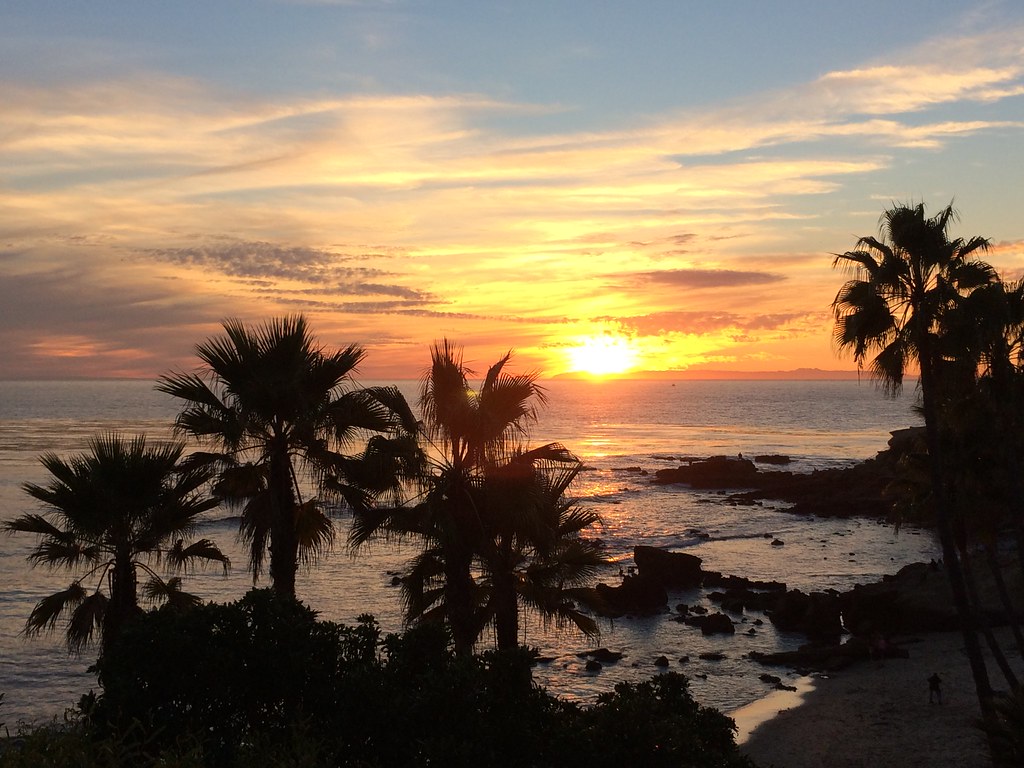 If you can’t tell, I love landscapes. Landscape photography is inspiring because it captures a sense of place. It provides the people you share your images with an source of inspiration for what this place is like – a walk in the woods or a sunset stroll in Laguna Beach. If the photograph is particularly powerful, it will evoke feelings like memories of being on the beach or happy nostalgia.

Photography is also inspiring because it’s not THAT hard. If you are struck by a certain moment in time, and you have a camera on hand, you can capture that moment! Just snap a photo. Even if you’re an amateur photographer, these photos will have an impact on you for your personal collection and for friends and family. And the more photos you take, the more skilled you will get with your tool. Your camera is your friend but it takes time to get to know each other.

Every day the faraway, blisteringly hot, mysterious ball of gas that is the sun, dips below the horizon. For a few hours, we simply cannot see it. from our sight. This is the source of spiritualism and myth, science, fear; and nearly everything we depend on; energy, food, electricity, and so on; in the strange moment that it “fall asleep,” artists awake.

It’s the role of the photographer to frame this moment. There is a communal hum we make as humans when the sun vanishes; thinking perhaps, where did it go? Who can see it now? Photographers can capture the raw beauty emitted by the eternal beast of the sun.

Penelope Umbrico is a New York artist who has developed several works on the subject.

She believes the lure of sunset photography is not quite an complex as one may think.

Umbrico’s work questions the sun’s power to enhance collectivity.  For her project, she curated sunset photos from Flickr. Then, she cropped them to remove the surrounding context, whether it be the beach or a smiling portrait, leaving only the suns themselves. The resulting work is a vibrant collage that stands as a testament to our desire to preserve these “liminal moments as a social experience” as stated by Jonny Weeks in the Guardian.

Umbrico says “The sun is this incredibly powerful object, and there’s only one of them in our world,” she says. “The sun can kill us or give us health. It’s the symbol of enlightenment, it makes us happy – it’s phenomenal.”

Just a typical lazy afternoon in California; skating with some friends. More to come. Follow on Twitter for the latest!

Even if you’re not a skater, you can appreciate the skills from some of the best skaters. It’s an impressive sport. Check out some awesome skateboarding legacies:

I’ve been going out on hikes ever since I can remember.  There’s something awesome about getting out of school, leaving the suburban sprawl, and going on an afternoon stroll.

You push past low-hanging branches, climbing higher and higher (or lower, depending on your destination), you leap from boulder to soft patches of soil, maybe losing your balance and landing clumsily on your hands on the tough surfaces.  If you’re lucky, you pass a meadow blossoming with with fragrant wildflowers. You hear some some hurrying and scurrying in the grasses near you– it’s almost always a mouse or squirrel, but on a special day you catch sight of a coyote or a bear.

My favorite time of day, in the city or outside of it, is the brief hour between sunset and twilight.  This is a photographer’s happy hour. I always keep my Nikon on me to catch the unpredictable moments nature provides.

There is a wonderful solitude to being along in the hectic natural world.  Everything’s whirring about, bees heading to their hives, creeks running endlessly to an unidentifiable source, leaves gently falling.  It can almost feel noisy.  But for a human with a camera, it’s a time to be at peace and remember all the elements that make your life possible.

Please read my original post on my main site, BrendanTaylorFilice.com.